2022 is almost at a close, and it's now awards season. We've revealed the Players' Choice winners last week, celebrating the games you, our readers, thought best exemplified 2022 in the world of MMOs, RPGs and online games.

Here now are the staff picks for our Best of 2022 awards. 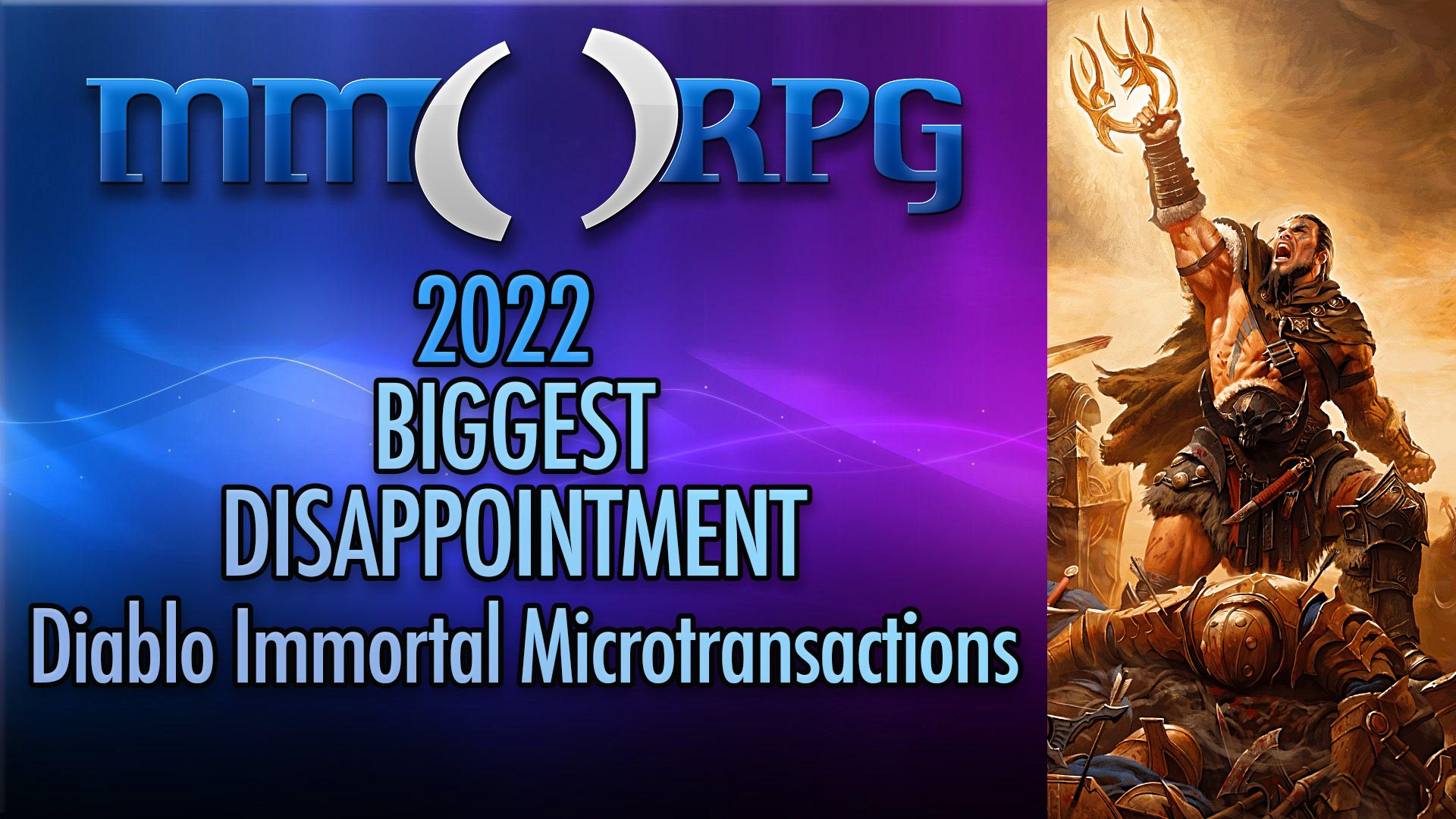 What can you say that hasn't already been dissected endlessly about Diablo Immortal's microtransactions? While the actual core gameplay loop is rather good for a Diablo title on mobile, the microtransactions, and mostly the need to fuel your endgame with them, did not sit well with many out there, including our reviewer earlier this year. These decisions might have earned Blizzard a truckload of money, but they lost much of the hardcore Diablo community in the process. 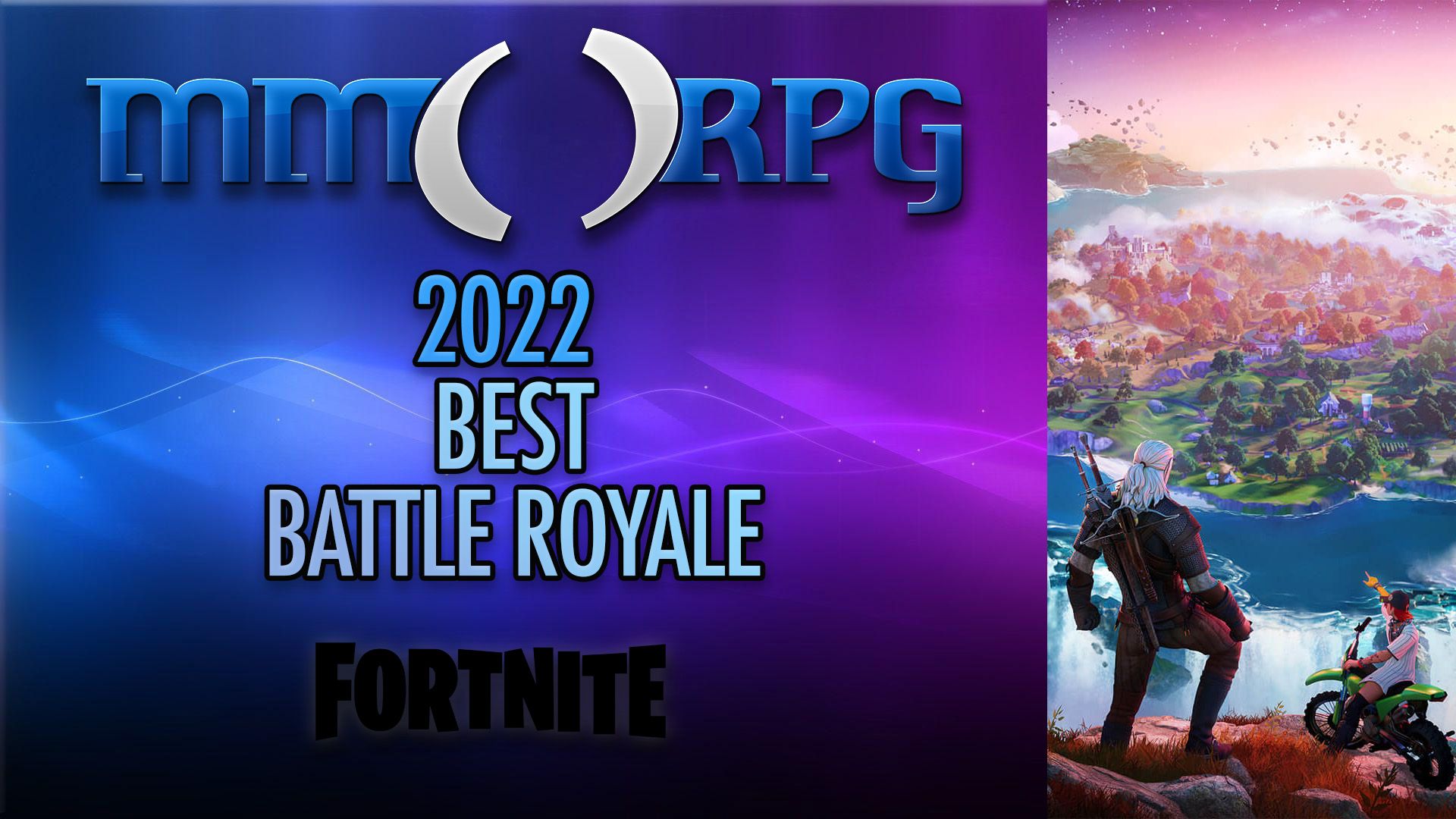 Fortnite has seen a monumental 2022, with patch after patch improving the battle royale each time. It's also seen some of the craziest crossovers in Epics metaverse including Dragon Ball Super, Geralt from The Witcher 3, and most recently, My Hero Academia. This is to say nothing of the changes to the game modes, including introducing a no-build mode, as well as the sweeping technical changes made last month to bring Unreal Engine 5.1's Lumen and Nanite to the battle royale. Fortnite stands poised to continue its dominance as one of the biggest games in the world in 2023. 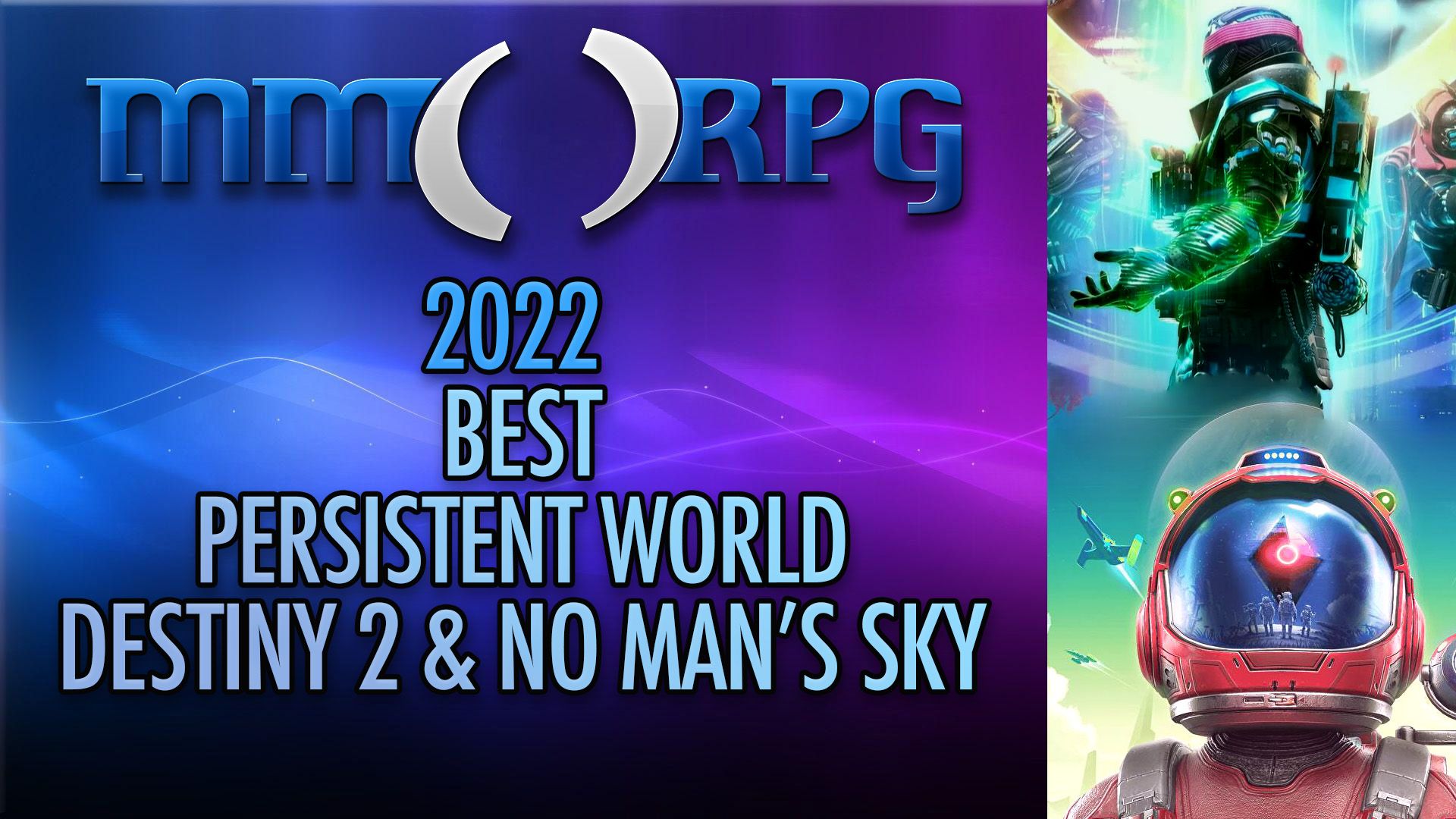 Very rarely do we see our staff deadlocked like this, but once the votes were tallied, Destiny 2 and No Man's Sky sat tied with the most votes in this incredibly broad category. And for good reason: No Man's Sky continues to bring quality update after update to the exploration online game, for free. These updates can sometimes rival whole games or expansions, yet Hello Games releases these massive improvements to their game for free pretty regularly. It's turned on of the most chill, relaxing games on the market, into one with the breadth and depth that Sean Murray promised all along.

Destiny 2 continues to truck along for Bungie, with this year seeing some of the best updates in the FPS' history. The Witch Queen campaign got a dedicated Legendary Mode, giving a more challenging look at the story content in Destiny 2, we also saw new raids added to Destiny 2 over the year. Light got a rework as well, giving Solar, Void and Arc subclasses some much-needed love. However, arguably the best change in 2022 saw Bungie announce that they would no longer be sunsetting older expansions, with the content no longer being vaulted in favor of the new. This is a huge relief for the Destiny 2 community, especially as we're on the horizon of the next expansion in the series, Lightfall, which is launching next year. 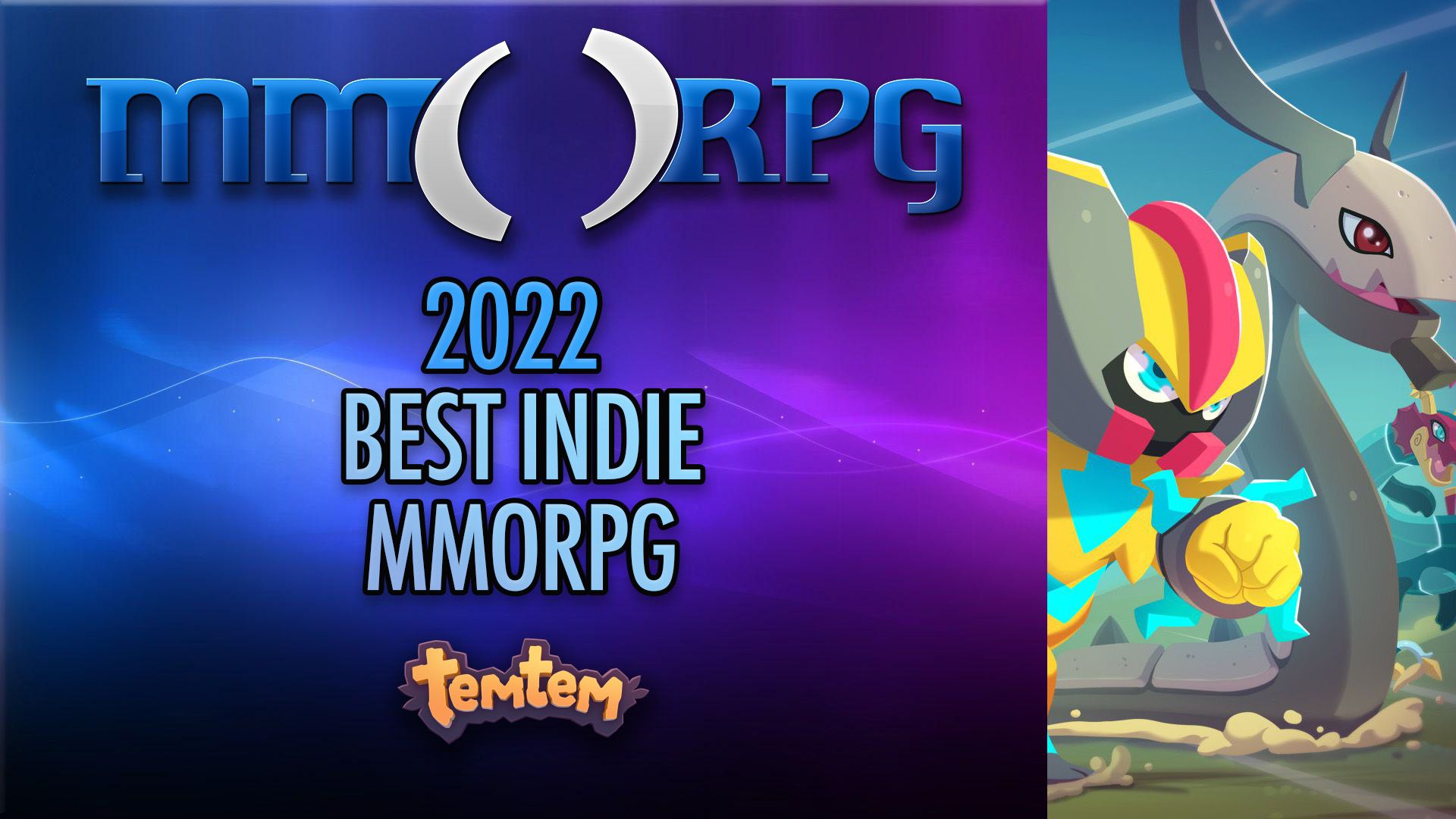 Temtem finally emerged from early access this year, bringing the full creature collecting title to not just PC, but consoles as well. Filling the Snorlax-sized gap in the multiplayer space for a Pokemon-like title, Temtem takes the formula many have loved for years and add their own unique spin on it. From new creatures to collect, a full story campaign to explore, and all the friends to do it with, Temtem proves that there is an audience for this type of multiplayer experience out there. Temtem isn't done either, with the team launching its official tournament system this month, with the festivities starting just after the new year. Temtem's 1.2 patch just dropped too, bringing a new season, improved battling and much more. 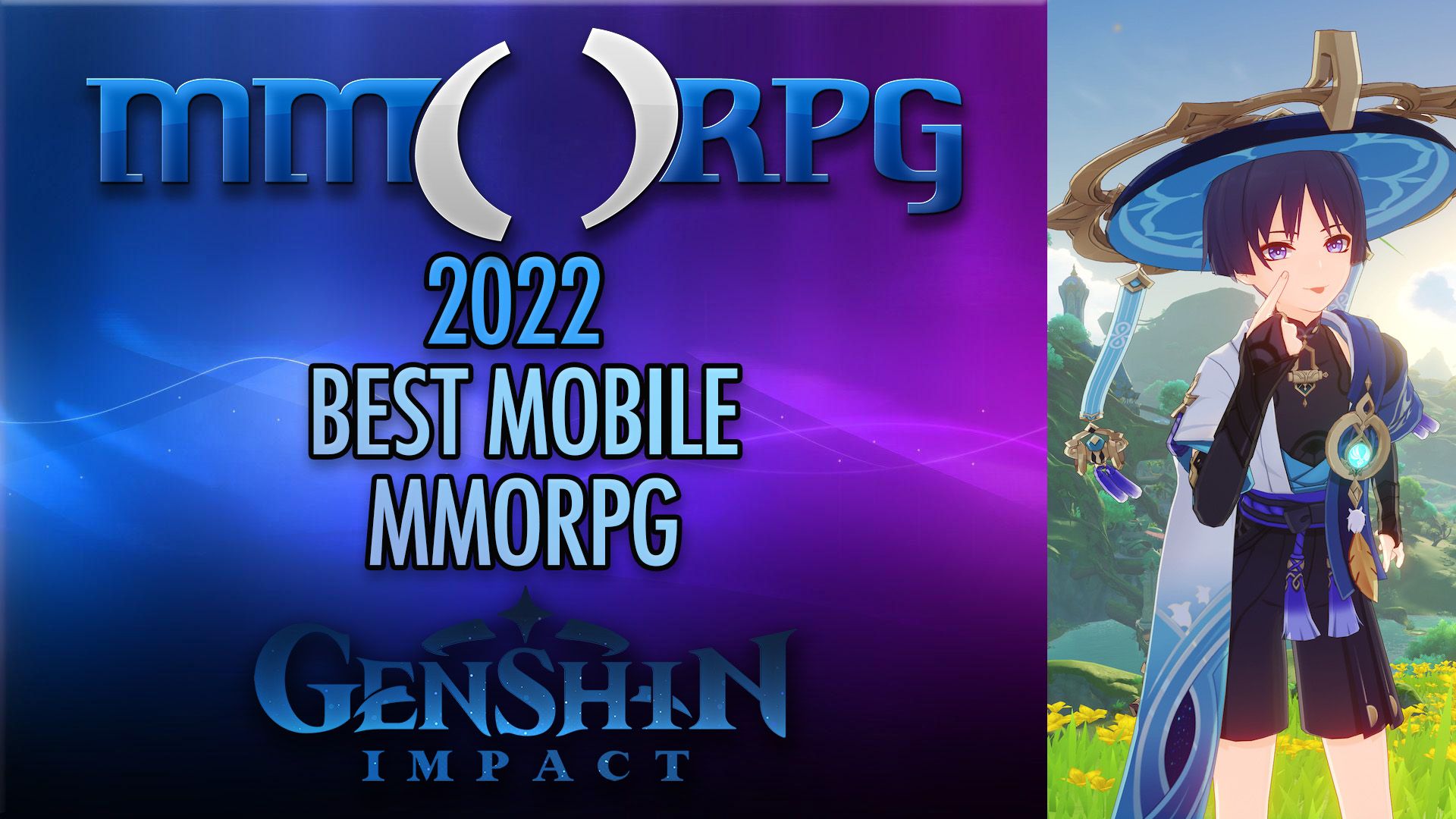 Genshin Impact continues to dominate the mobile market, with the free-to-play, Breath of the Wild-inspired RPG getting multiplayer major updates this year for players. From the Sumeru region, the Enkanomiya quests, and more added in 2022, the mobile and PC title is still delighting fans around the world. While it's seen some competition from fellow Chinese-developed mobile MMO Tower of Fantasy, Genshin Impact still stands alone atop the mobile charts thanks to its incredibly tight gameplay, great storytelling and world building, and just overall aesthetic. With the Sumeru arc to conclude in the coming year, Genshin feels poised for a great 2023. 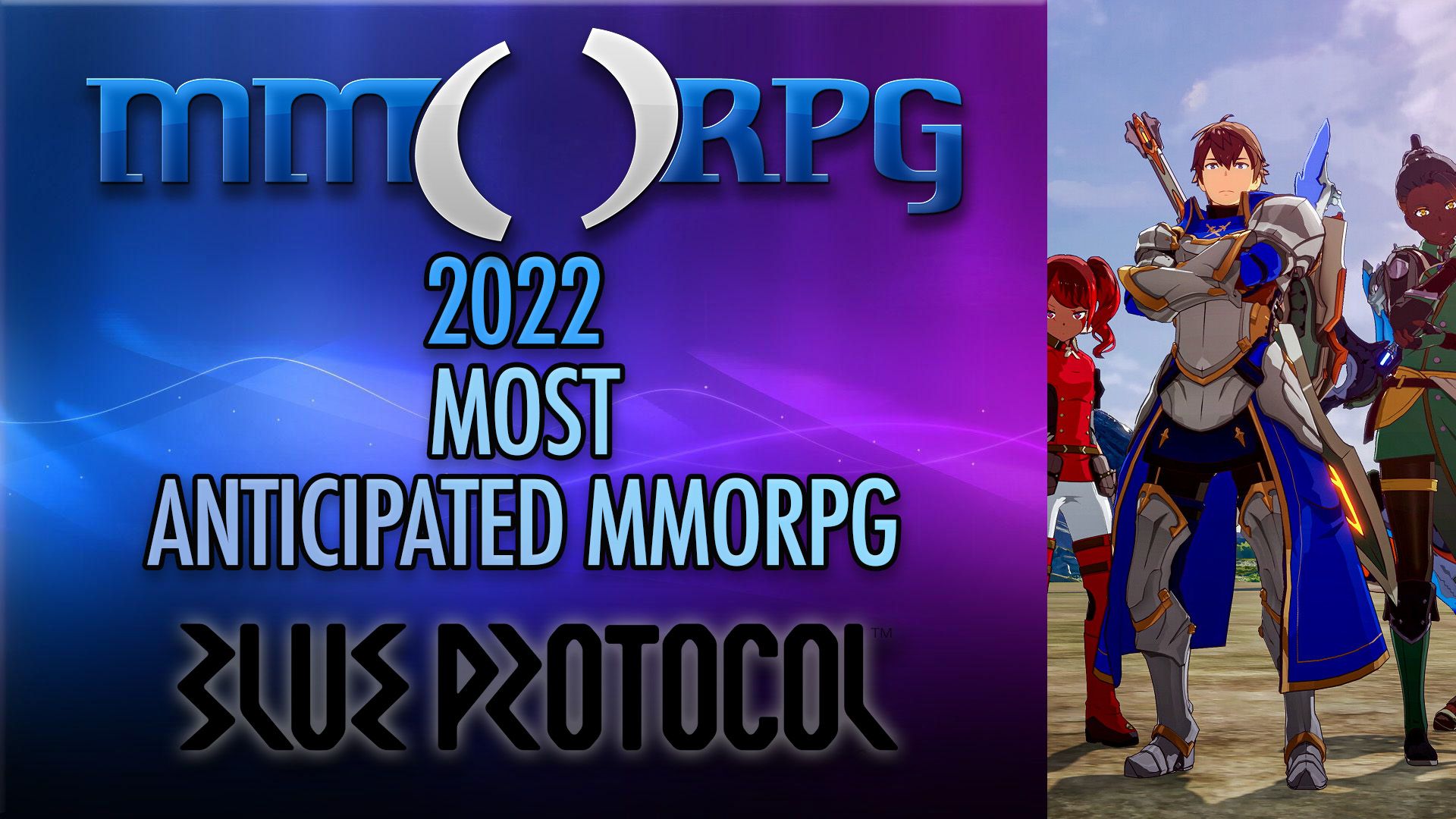 Blue Protocol is one of those titles that we've kept our eye on ever since the first anime-inspired screenshots started to filter out of Bandai Namco Online. Blue Protocol looks incredible, with the art style reminiscent of another Bandai Namco anime game, Scarlet Nexus. The action combat looks tight, with the flexible class system letting you hot swap between builds like in Final Fantasy XIV, there seems to be much to like here. It's no secret why this has been one of the most searched and most anticipated MMOs for the last few years, and with launch swiftly approaching, we can't wait to finally jump into the world of Regnas on our own. 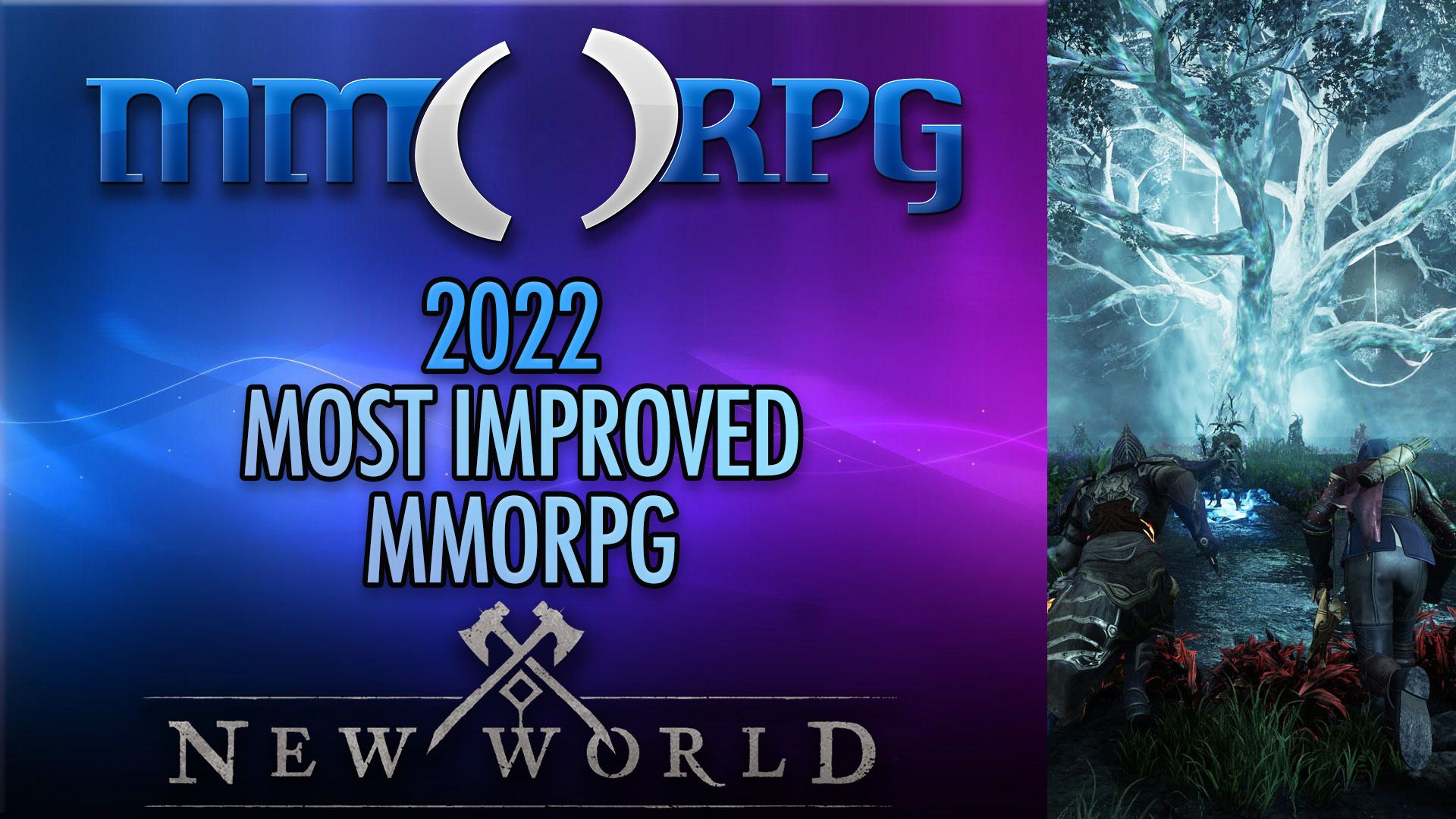 To say New World's 2021 launch was shaky would be the understatement of the year in the MMO world. New World 's launch was successful, sure, with absolutely insane player counts for the Amazon MMORPG. But as the dust settled and the issues kept piling on, players left the MMO for other pastures. That hasn't stopped the Amazon team, however, especially as it pertains to improving the experience for the better.

While most MMOs might have just sat back and worked on a predefined roadmap, grinding through the attrition, New World's team at Amazon got to work addressing player feedback. They've made changes to the MMO to make it more accessible to new players, revamped the starting zones to make each feel distinct and wholly new from each other. They've even added a new player experience to streamline the early leveling with plans to do the same for the rest of the grind. The Brimstone Sands update also brought an interesting new zone with new stories to uncover, places to explore and much more. It's been a good year for Amazon and New World, and it's looking up for the team as we move into 2023. 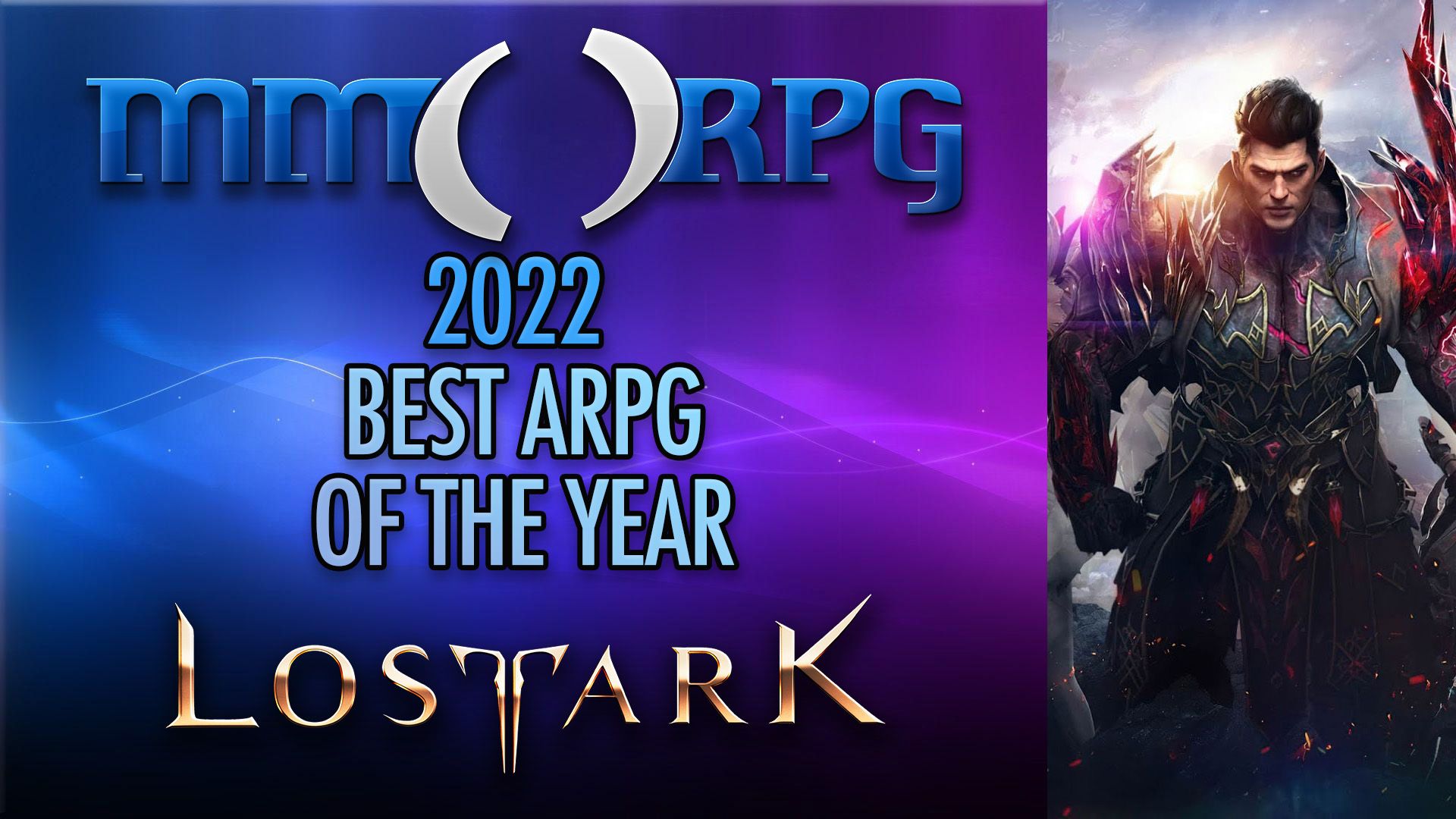 Lost Ark has been one of those titles that we in the West were itching to get our hands on for the longest time, and when it finally did release earlier this year it didn't disappoint. The flashy graphics combined with a satisfying ARPG loop has kept us coming back to it throughout the year. New classes, raids, and more have helped to fully cement Lost Ark as a mainstay if you're a fan of ARPGs. Free-to-play, it's easy to jump into, but it's deep enough to get even genre veterans to stop and take notice. It'll be interesting to see what Amazon and Smilegate RPG have in store for us in 2023. 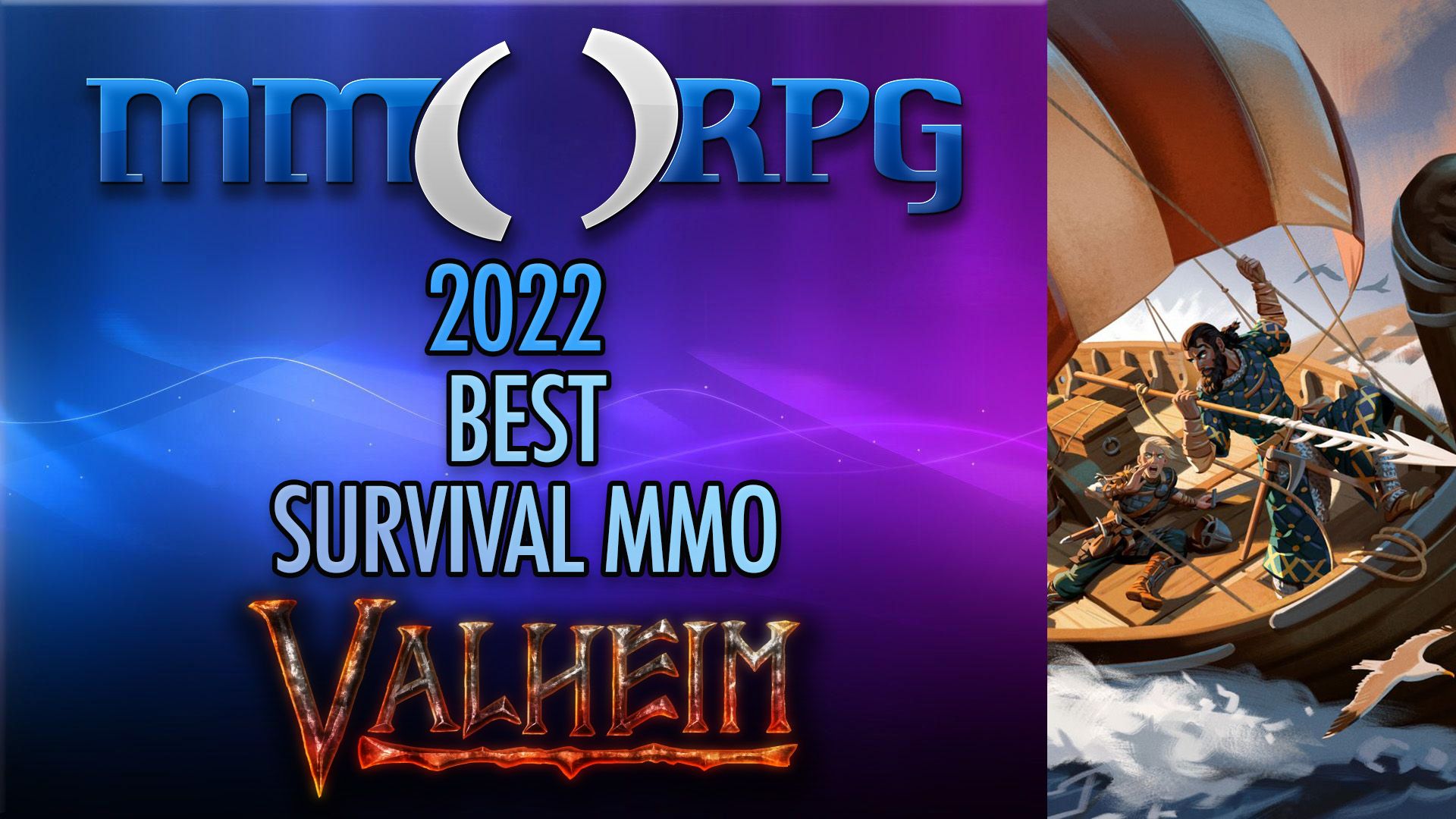 We spun off the Survival MMO/games into a separate category this year to better highlight the genre that is slowly making another resurgence since the heyday of ARK: Survival Evolved. Valheim continues to be one of those titles that many of us jump into with friends and just chill, explore and combat the dangers of Viking Purgatory. It's incredibly tight gameplay loop with lax survival mechanics compared to some of its larger brothers in the genre has helped solidify it with genre noobs and vets alike. The soothing Clarinet in the Meadows is always a welcome sound in ours, especially after a long jaunt through the Plains dodging Deathsquitos or dealing with Draugr in the Swamps that dot the world.

While it took a while to release, the Mistlands update was certainly worth the wait, bringing even more content to the indie survival game. We're looking forward to what else the studio has in store for Valheim in 2023. 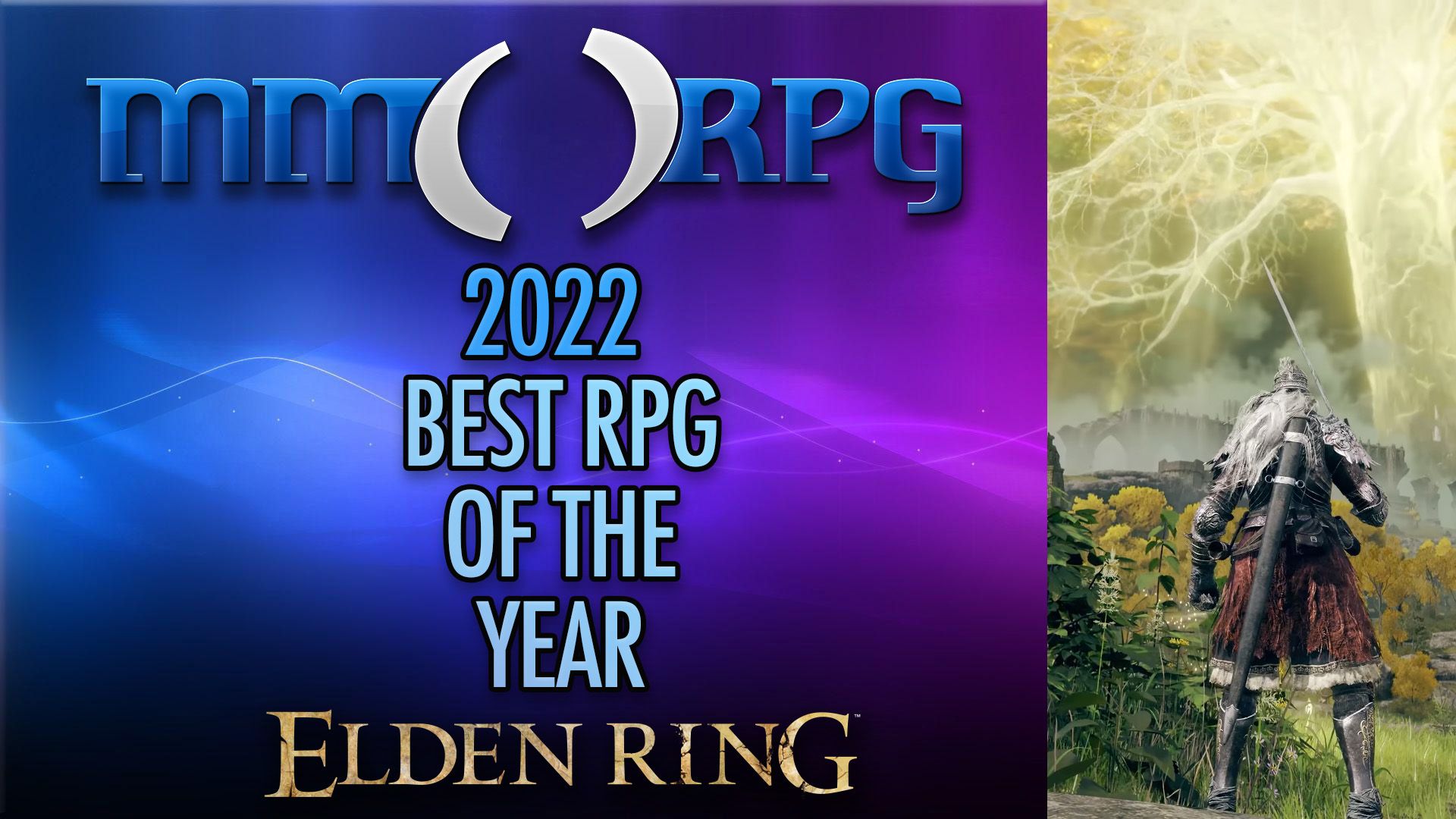 FromSoftware's magnum opus has overshadowed the whole of 2022, releasing early enough that, if it were any other title, it might have fallen off everyone's radar. But it's not just any other game. Elden Ring is one of the best games ever made, with FromSoftware operating at the height of its powers to bring the incredibly addicting and tight Soulslike formula to an open world. With every sword stroke, Elden Ring reminded our review that games can be both fun and incredibly challenging, but also reinforces the notion that a Soulslike game can also be accessible.

Elden Ring's world is meticulously crafting, rewarding exploration in every nook and cranny as well. The RPG's world offers stunning vistas, twisted and interesting enemies, iconic, memeable quotes, and more. And they aren't stopping there, as Elden Ring just got a multiplayer arena, giving maidenless even more to do in Miyazaki's robust playground. Elden Ring, in the words of our reviewer Josh Knowles, is a "modern masterpiece," and will certainly redefine the Soulslike genre for years to come. 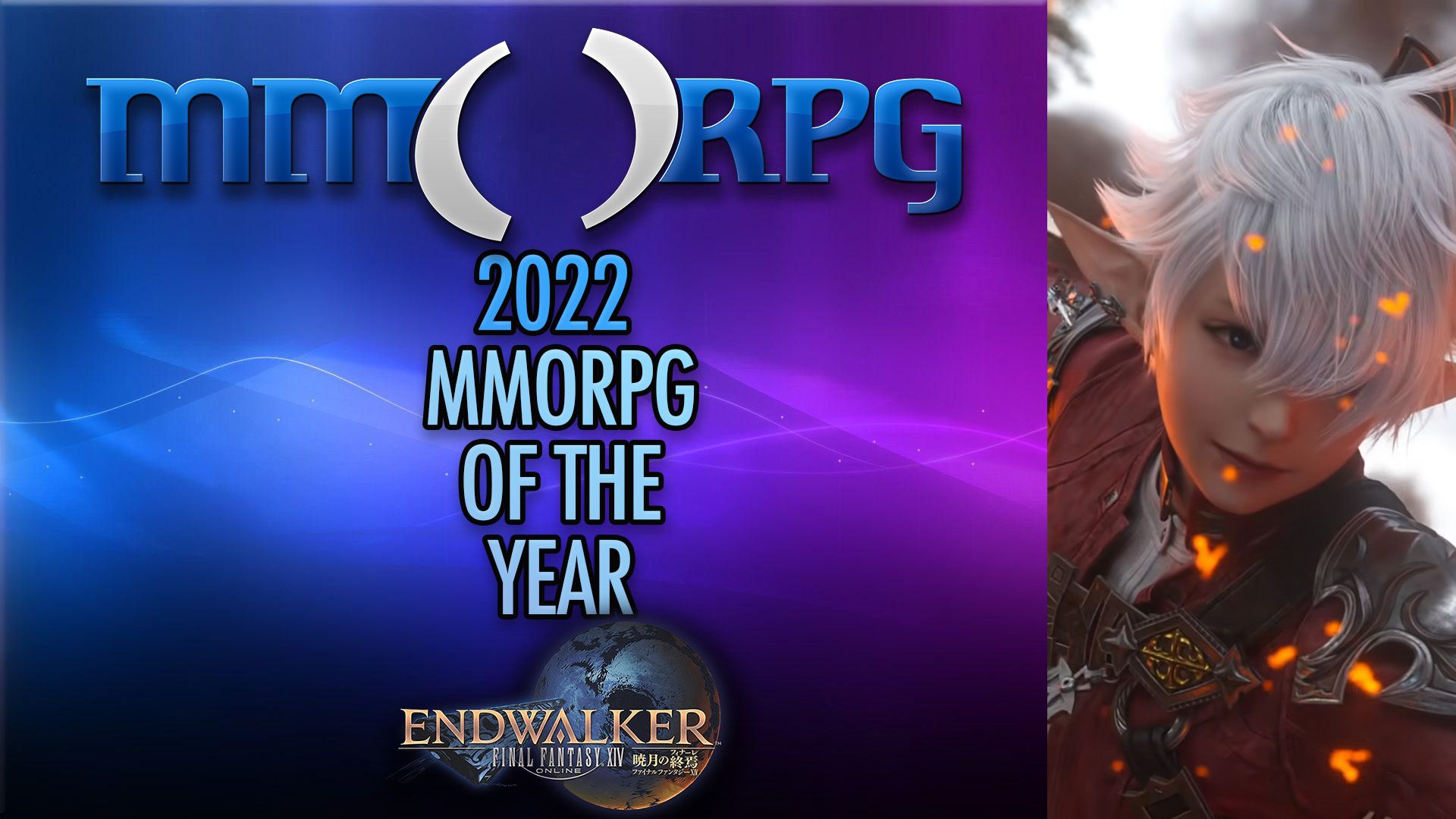 Final Fantasy XIV is still one of the best MMORPGs on the market today, full stop. The team at Square Enix hasn't slowed down since the release of last year's incredible Endwalker expansion, expanding on that with multiple updates this year. Patch 6.2 brought some great new story content, while also releasing the endlessly addicting Island Sanctuaries to the MMORPG, while Patch 6.1 Newfound Adventure continued the story told in Endwalker with flair. The team is poised to have a great start to 2023, with Patch 6.3 set to launch sometime in January.

What makes Final Fantasy XIV above the rest is both the strength of its community, as well as the prowess of its developers. While the community itself is welcoming, helpful and always willing to run a duty - or ten - to level players up, that community is helped along with the knowledge that developments made by Square Enix will almost always be great quality. It seems that Final Fantasy XIV's dev team just can't miss, making sure that each release is polished, compelling content that keeps players happy and coming back week after week. With Patch 6.3 already on the horizon, as well as the return of its Fan Festivals, 2023 looks to be a great year already for a great MMORPG.