2022 has been a year for sure, with many games launching expansions, dropping lawsuits, and more. As with every year, we asked our readers to vote on our Best of Awards this year, and with over 2600 responses, here are your choices for the community awards! 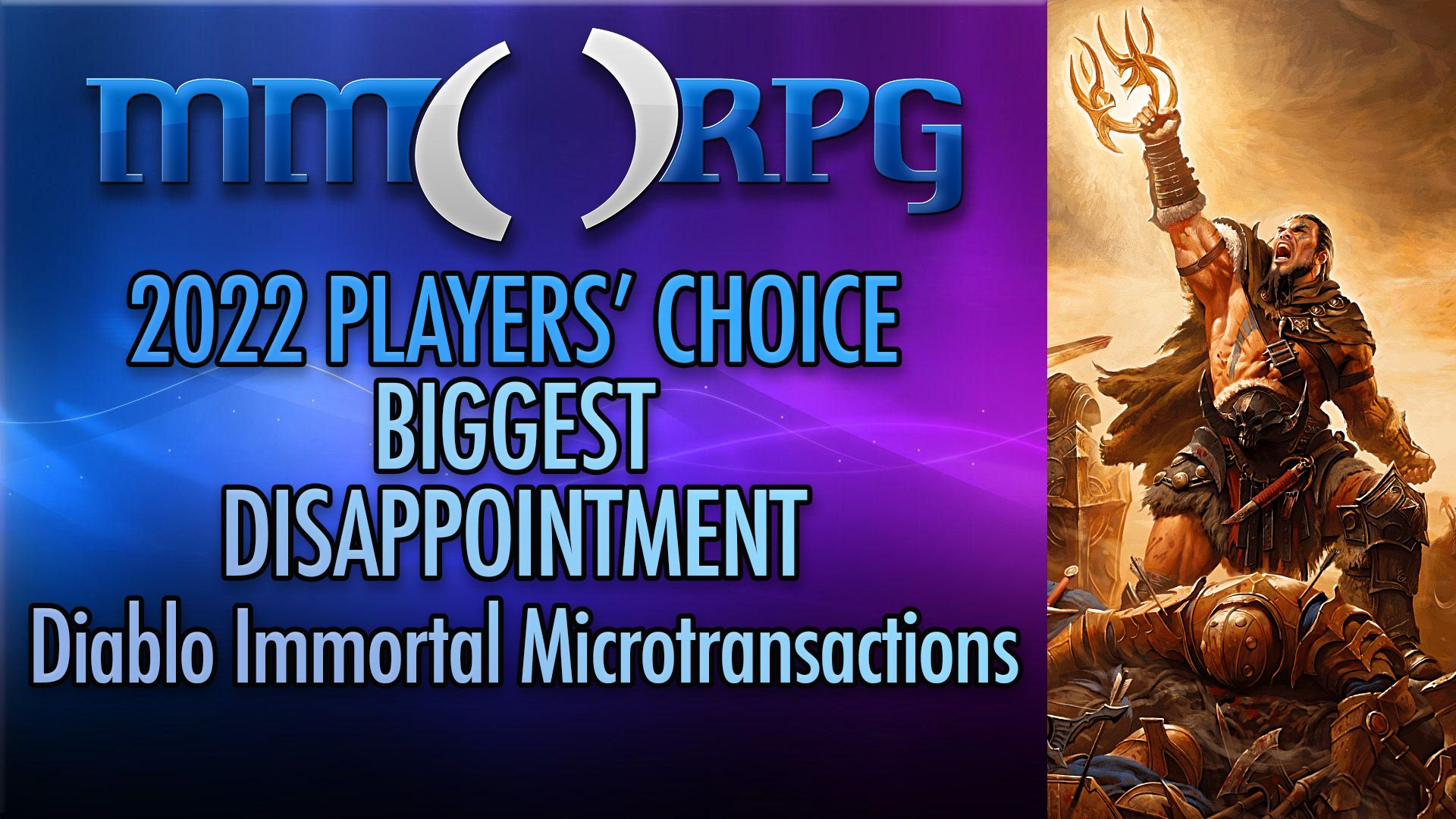 Diablo Immortal finally released this year on mobile and PC, and while the actual gameplay experience is actually quite good, the microtransactions were a step in the wrong direction for many series fans. Despite making a ton of money for Blizzard in the months after launch, many fans were disgusted by the sheer nature of the microtransactions themselves and how integral they seemed to experience end game in Immortal.

For a franchise where the game doesn't really begin until endgame, it felt like a slap in the face for many fans genuinely looking forward to the mobile Diablo experience. Blizzard president Mike Ybarra defended the microtransactions, but for many (myself included), the existence of a model where it seemed you needed to spend money just to get the most out of the endgame put a lot of players off. 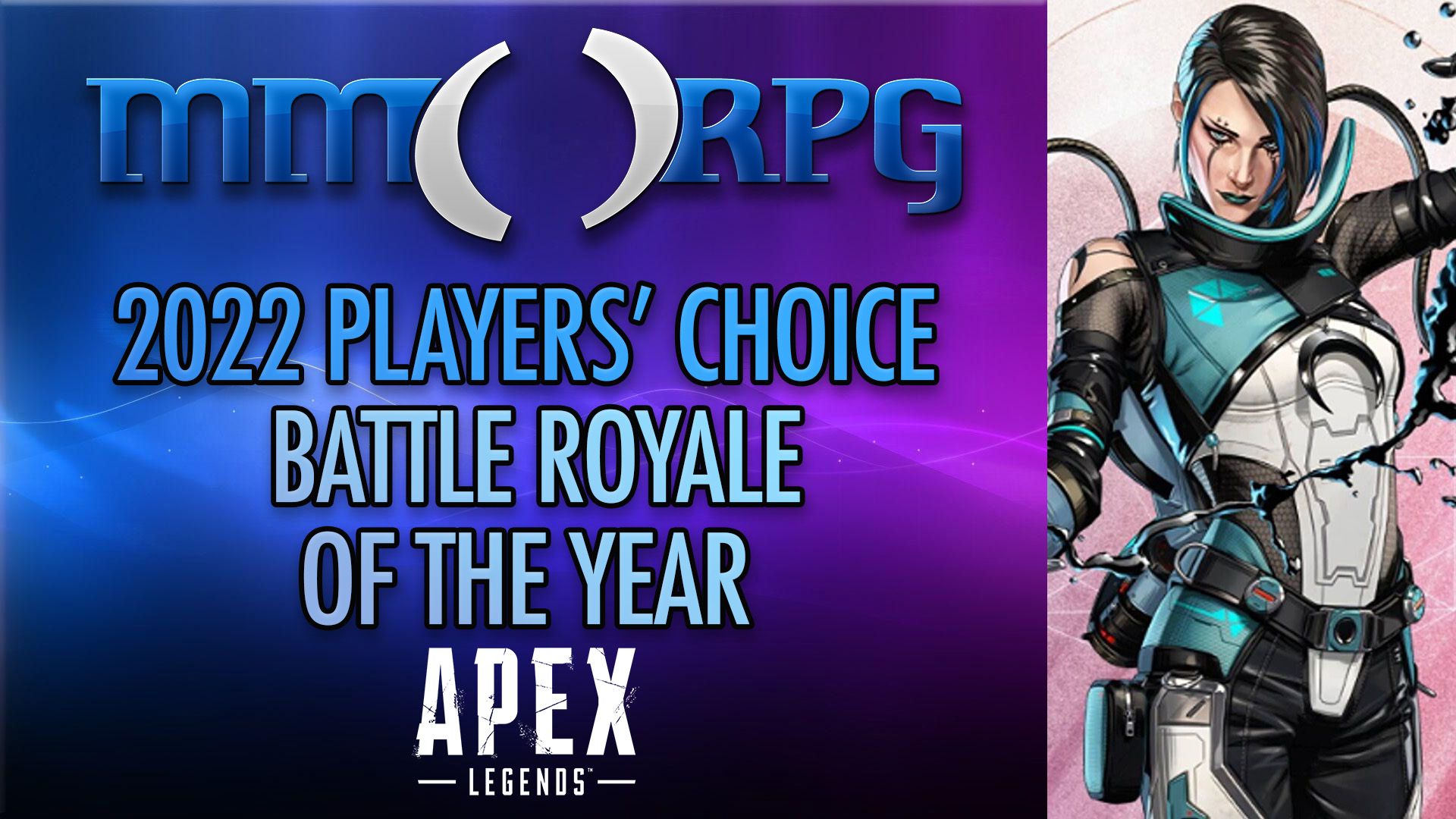 Once again Apex Legends has won our Players' Choice Battle Royale of the year. This is now the fourth year in a row that EA's title has taken this prize, and with good reason. With seasons 12 through 15, new Legends to play, and more, Apex continues to be a compelling royale to jump into. Respawn Entertainment have done a stellar job keeping up with the title, and we're looking forward to seeing what the team does with 2023. 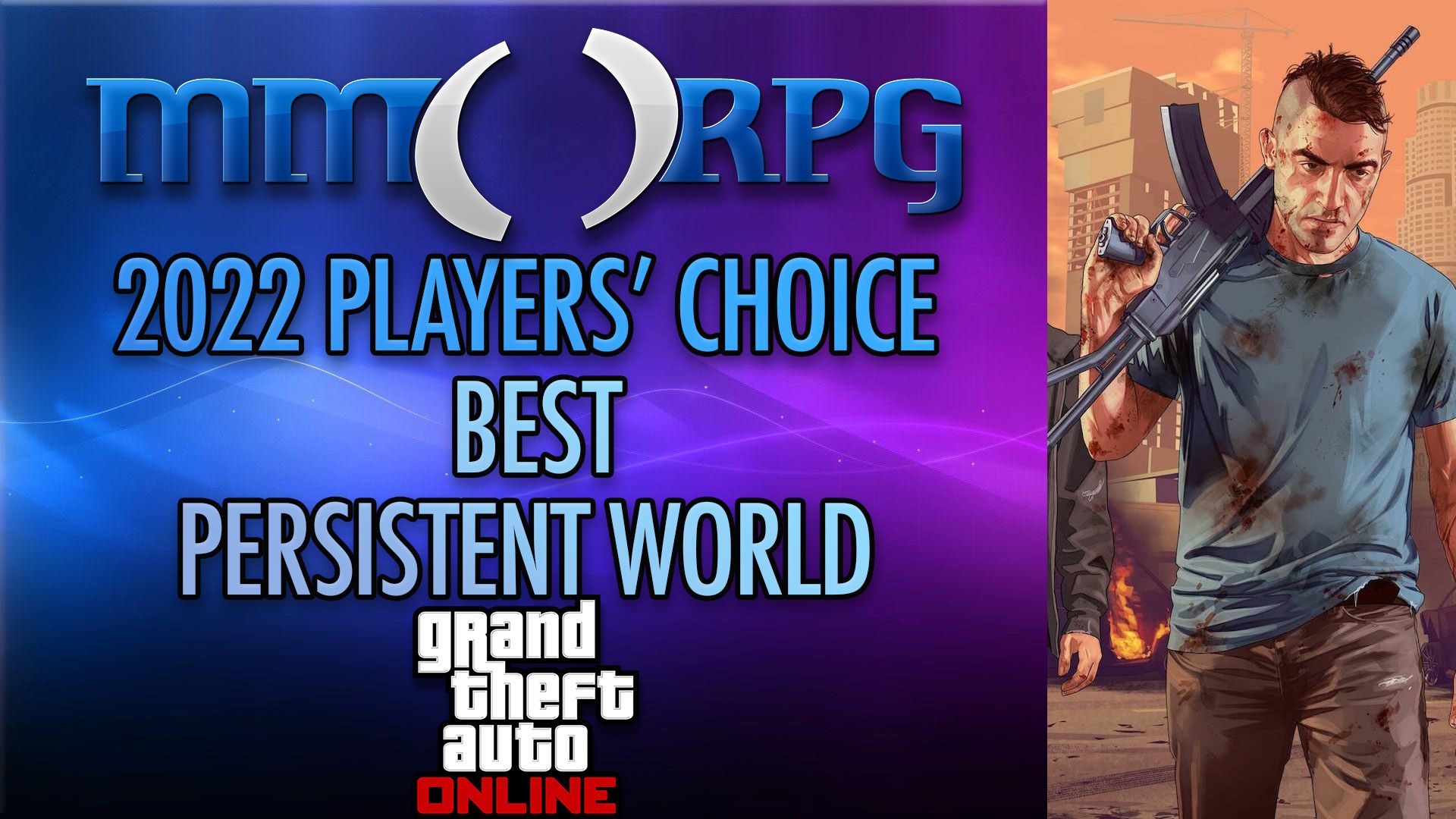 This year saw massive changes come to Los Santos, most notably the Criminal Enterprises update in the summer that brought much, much requested quality of life changes to how you play GTA Online. Rockstar's online component to Grand Theft Auto 5 continutes to bring in players, as well as create new stories, missions and things for those players to do in its giant sandbox, that even now almost 10 years since its initial release it still feels fresh everytime we log in. The most recent update, Los Santos: Drug Wars is another step in their continued support for the sandbox, with new stories and missions to go on for the months ahead. Rockstar doesn't seem to be slowing down anytime soon. 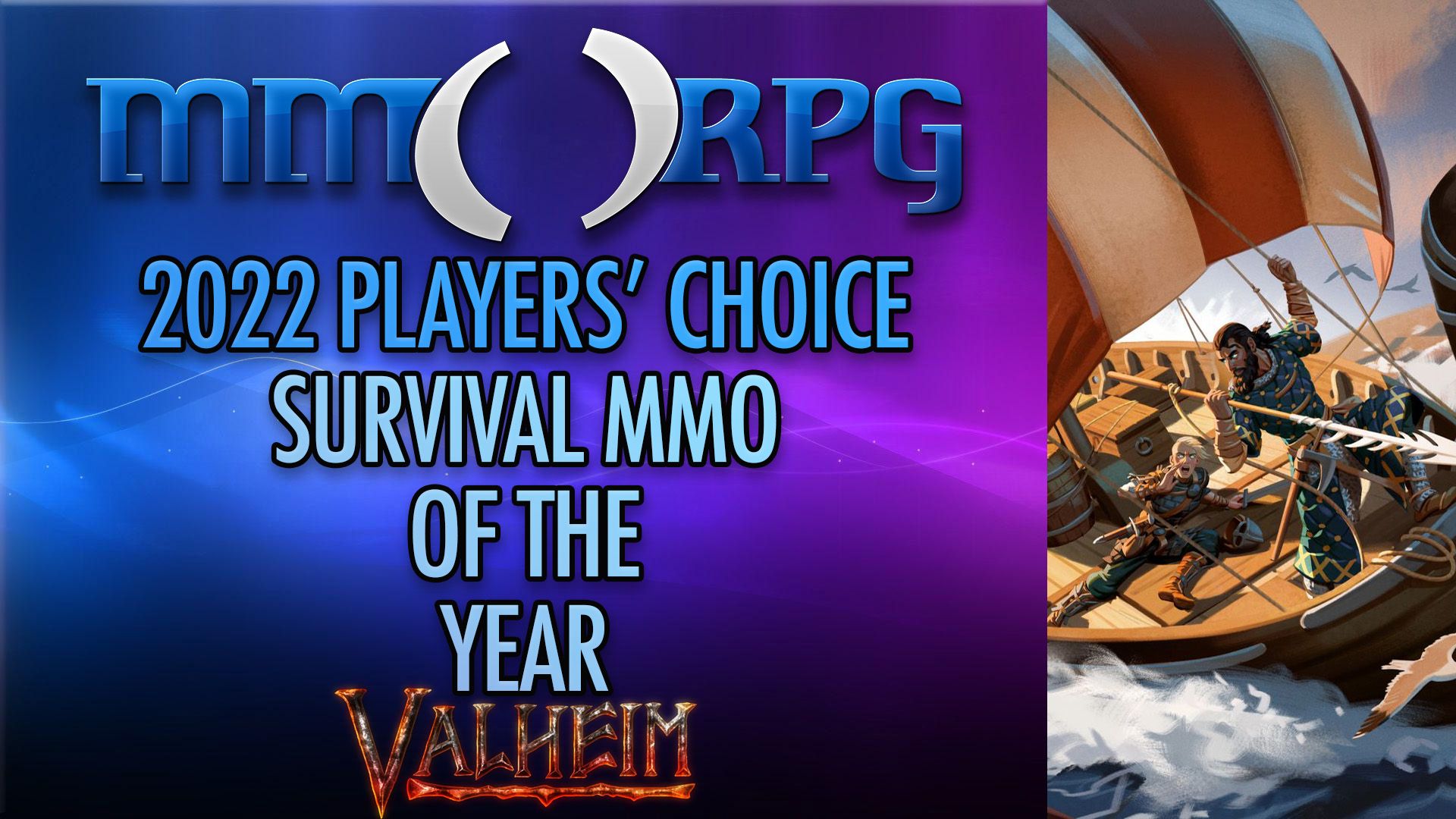 Last year, Valheim took our overall Indie title of 2021, and this year it's taking home the first in our new Survival MMO category for the Players' vote. Valheim has had a year where it seemed like the updates Iron Gate had been promising might now come. However, all the anticipation seems to have worked, as the Mistlands update recently released has given even more great content for players to explore. Valheim doesn't seem done just yet, and we're looking forward to what else the small studio has in store for the Viking Afterlife. 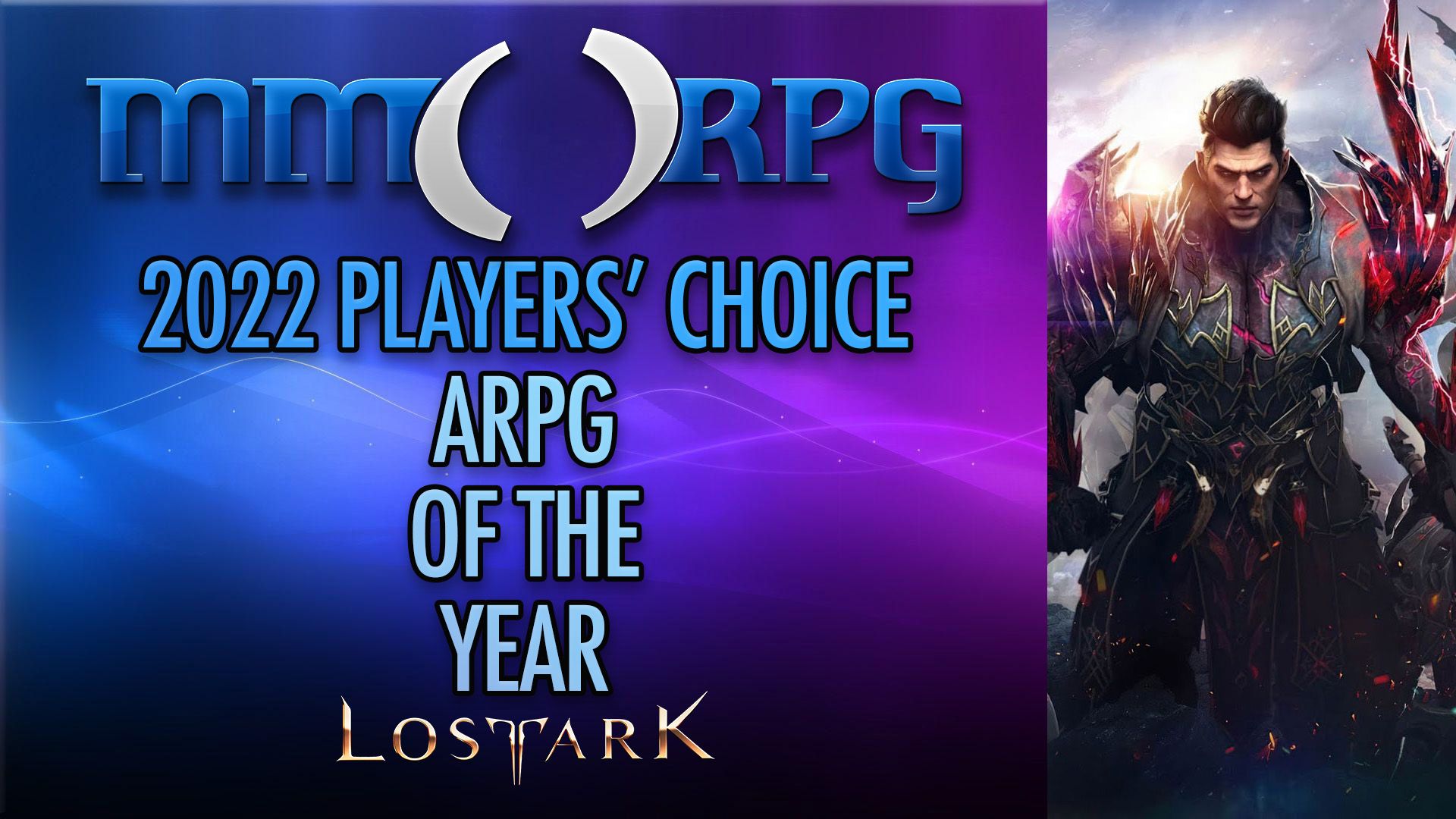 Lost Ark released earlier this year after literal years of anticipation in the West, and Smilegate's MMOARPG did not disappoint. New classes, new raids and more have helped to cement Lost Ark as a mainstay if you're a fan of ARPGs. The most recently additions, the Summoner and Brelshaza Raid, close out 2022 with a bang. From its flashy graphics, satisfying combat and interesting world, it'll be fun watching what Smilegate and Amazon have in store for 2023. 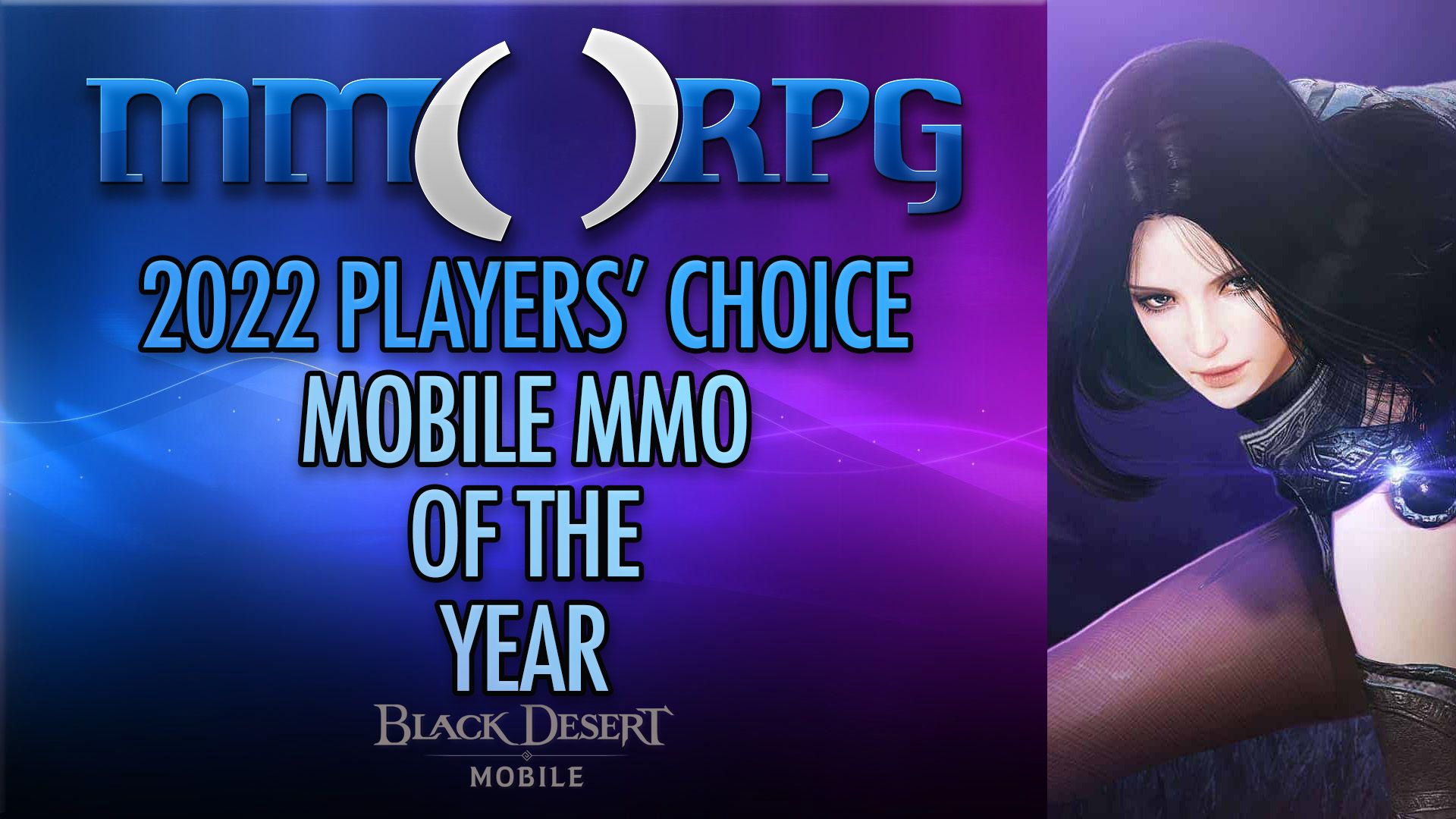 Black Desert Mobile has won out the Players' Choice for best Mobile MMO of 2022, in a year that has seen Pearl Abyss' mobile MMO add classes throughout. From the new region of Kamasylvia, to the recently launched Maegu class, BDM has stood tall next to older brother Black Desert Online. In fact, Black Desert Mobile has seen at least four classes make the jump from the PC version to mobile, from the Yacha striker, Drakania, the Solaris and Corsair, with the mobile only Maegu rounding out the class additions in 2022. 2023 already looks good for Black Desert Mobile players, with the Woosa coming in January, as well as a new region teased during the Calpheon Ball last weekend. 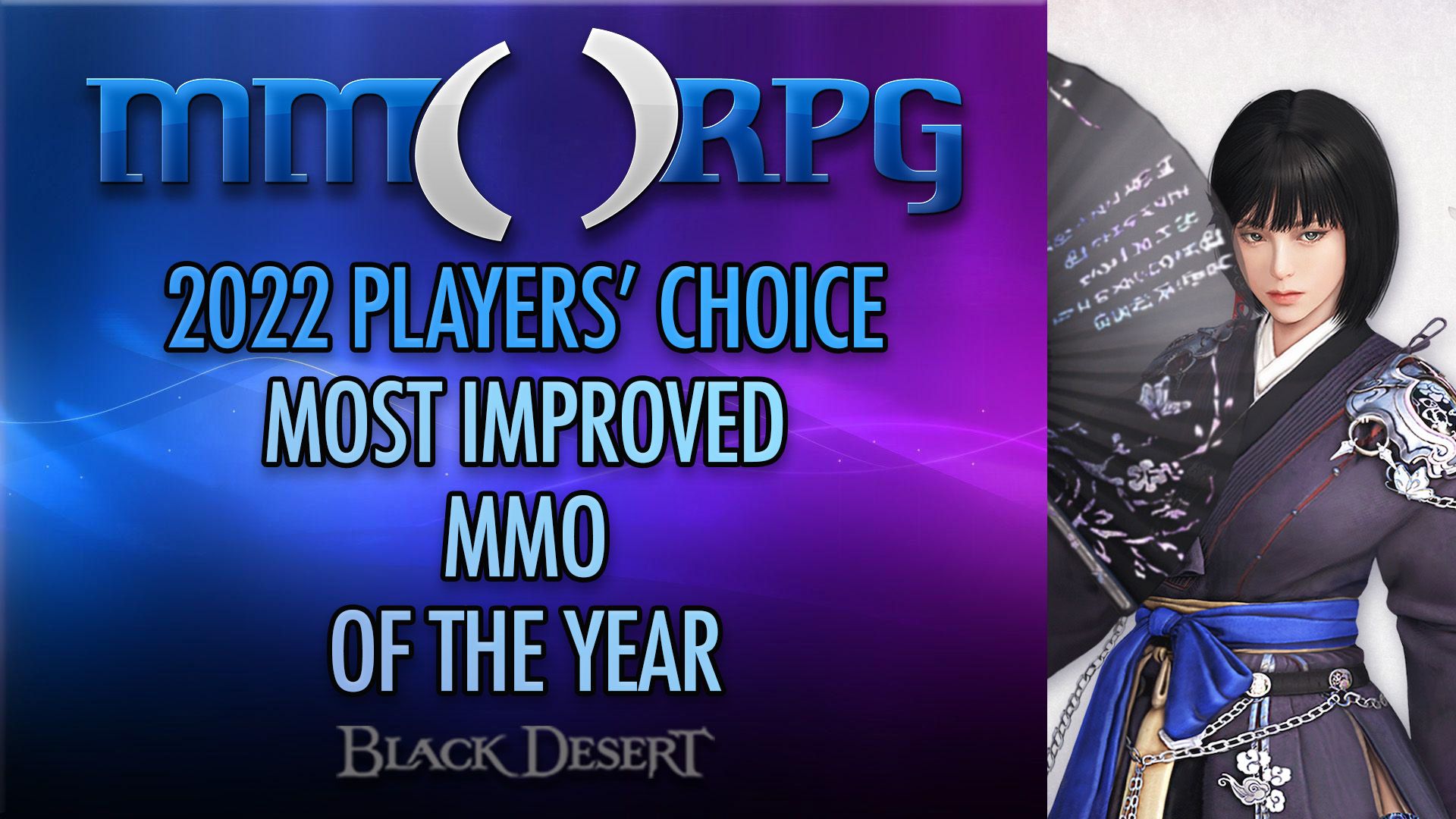 Black Desert Online has taken home the Players' Choice Most Improved MMO for the second year in a row thanks to its plethora of free updates to the MMORPG throughout the year. This year saw not only the recently released Woosa class, but also the latest expansion, Mountain of Eternal Winter. This expansion brought a new class, the Drakania, earlier in the year, as well as additions to the co-op dungeon, Atoraxxion. 2023 already looks interesting, with the Maegu coming in January, while the next expansion region, Land of the Morning Light, looks to shake up how Pearl Abyss builds zones in the future. 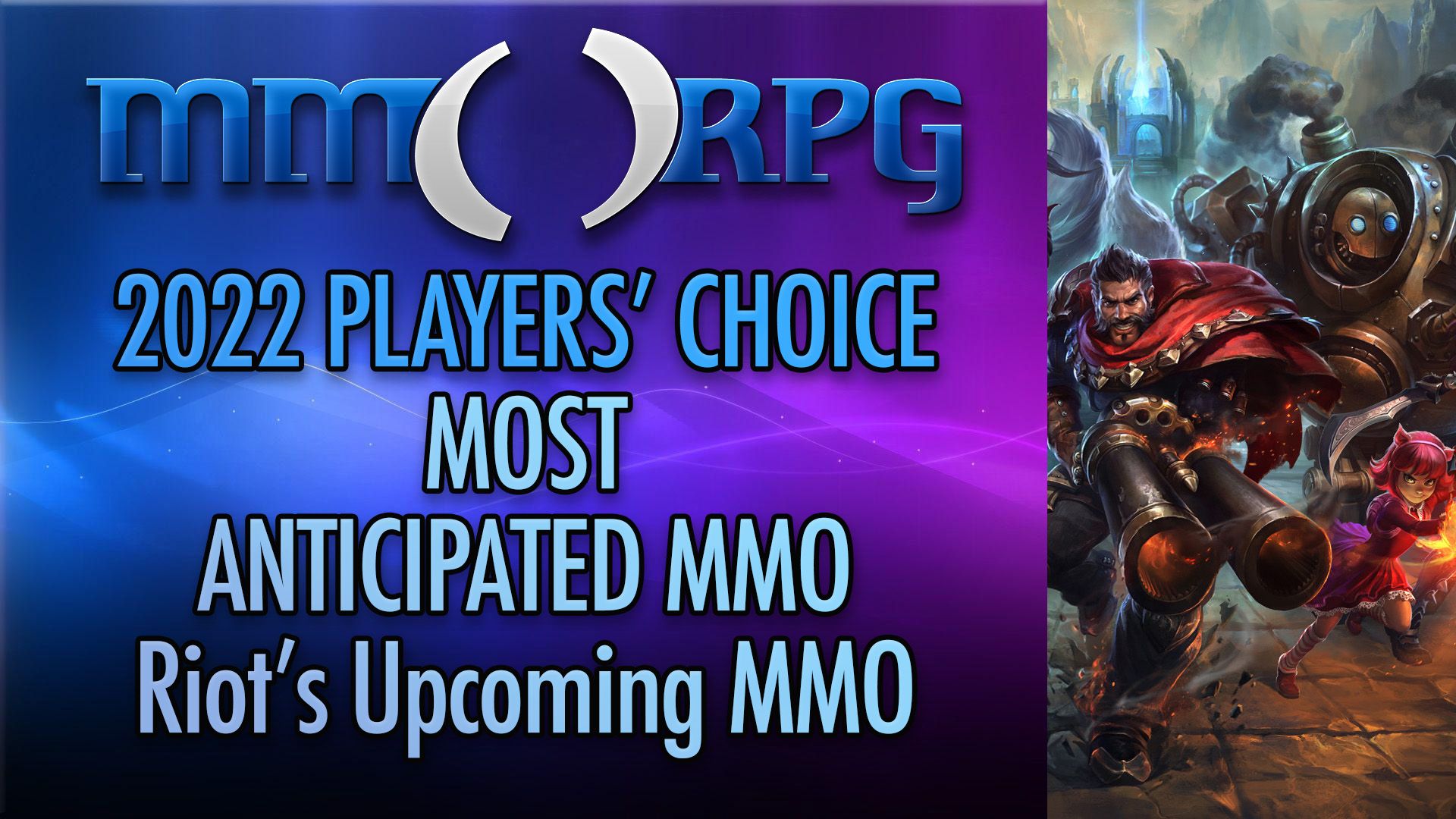 Ever since Riot announced it was officially building an MMORPG set in the same universe as League of Legends, fans have been speculating as to exactly what it will be like. Riot's MMO lead Greg Street has also been vocal on social media, talking to fans about design, gathering input and suggestions from the very people who are looking forward to this title as well, making the design process feel more open than other MMOs in the works.

While still have no real idea exactly how this MMO will shape up, that's not stopping people (like myself) from being incredibly excited to see what Riot has in store. The universe of Runeterra is incredibly detailed, with so many characters and locations to build from, it'll be interesting to see what Riot does in 2023 to stoke the flames of anticipation even more. 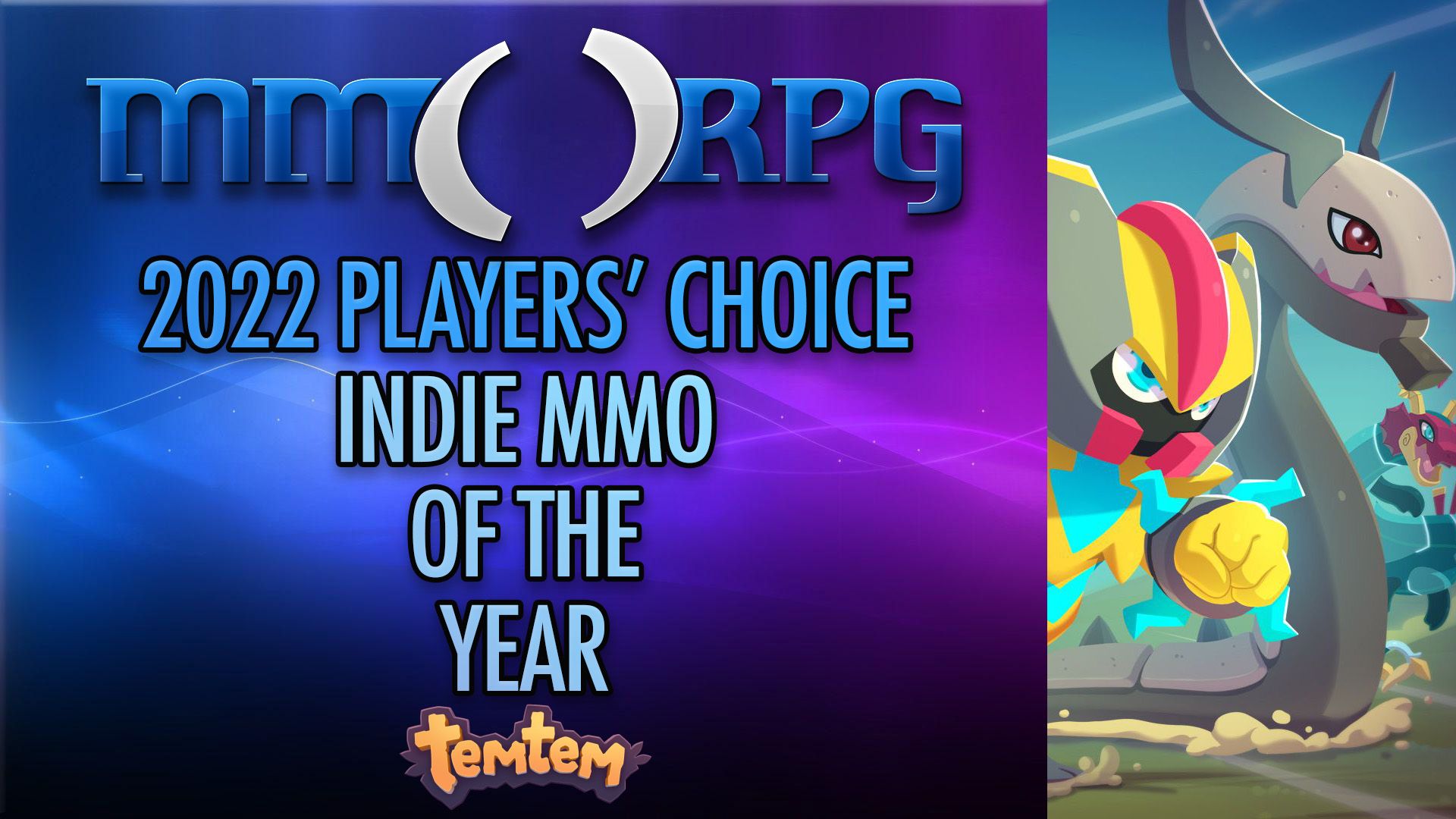 Who would have thought players would love a creature collecting multiplayer game? Temtem released officially on Xbox, PlayStation and PC this year, bringing exactly that to eager fans, and not only has it turned out to be a success for Crema, the studio behind the title, but it's been one of the best MMOs this year. Its blend of colorful graphics, interesting monsters to collect, vast world, and just the idea of being able to finally go creature hunting with friends Pokemon-style has struck a chord with fans. Here's to a stellar 2023! 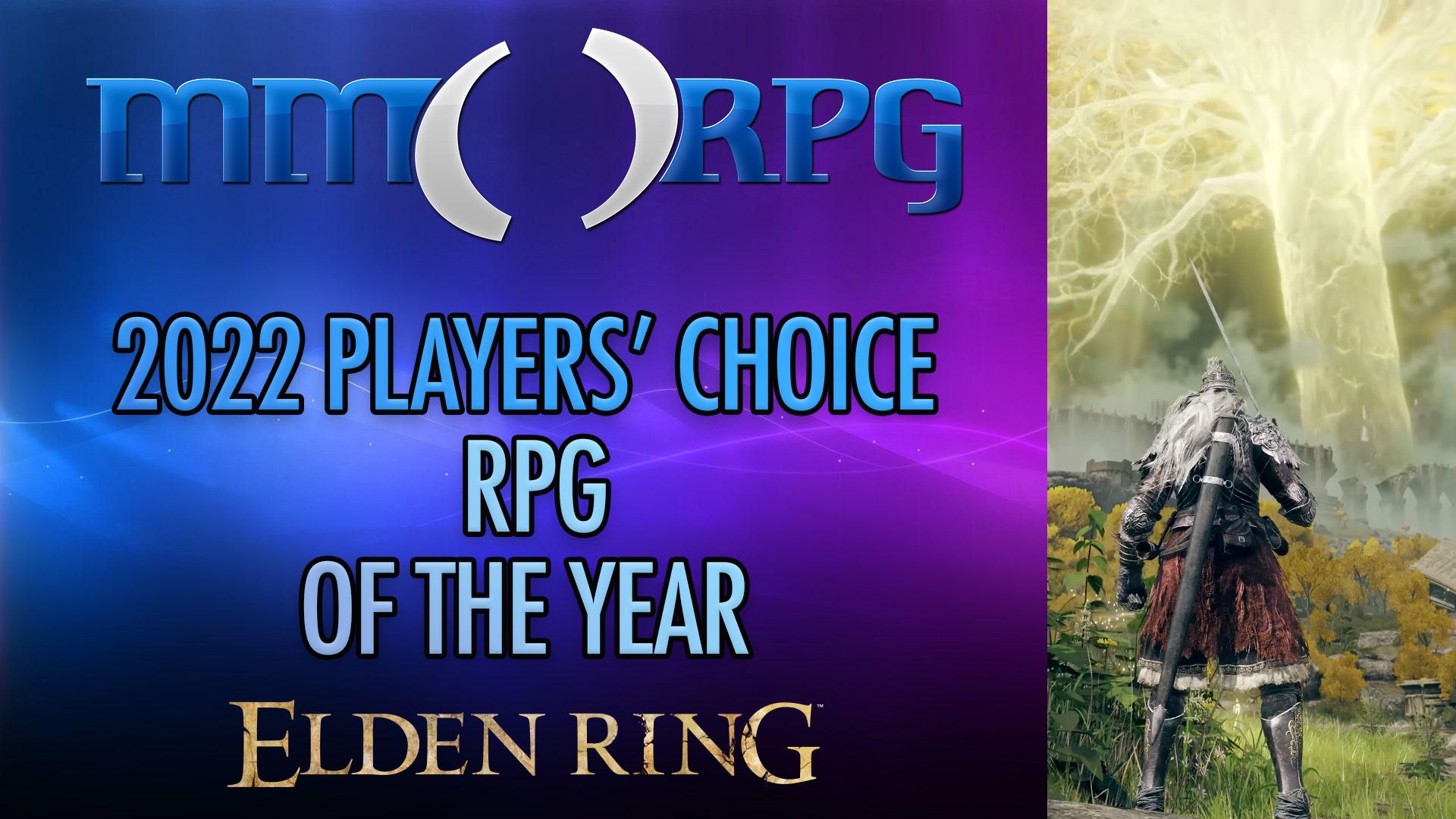 What can you say that hasn't already been said about Elden Ring? FromSoftware's most recent Souls-like has enraptured players since its release early this year and unlike other games that launch in January, it didn't lose any momentum. Quite possibly the greatest soulslike From has produced, with praise being heaped on the title for its open world, intriguing story, and engaging mechanics. It helps too that Elden Ring has been heralded as one of the most accessible Soulslikes on the market, making it even easier for wary players to jump in and enjoy. Elden Ring is poised to continue to please players, with its multiplayer arena mode keeping Maidenless players coming back for more. 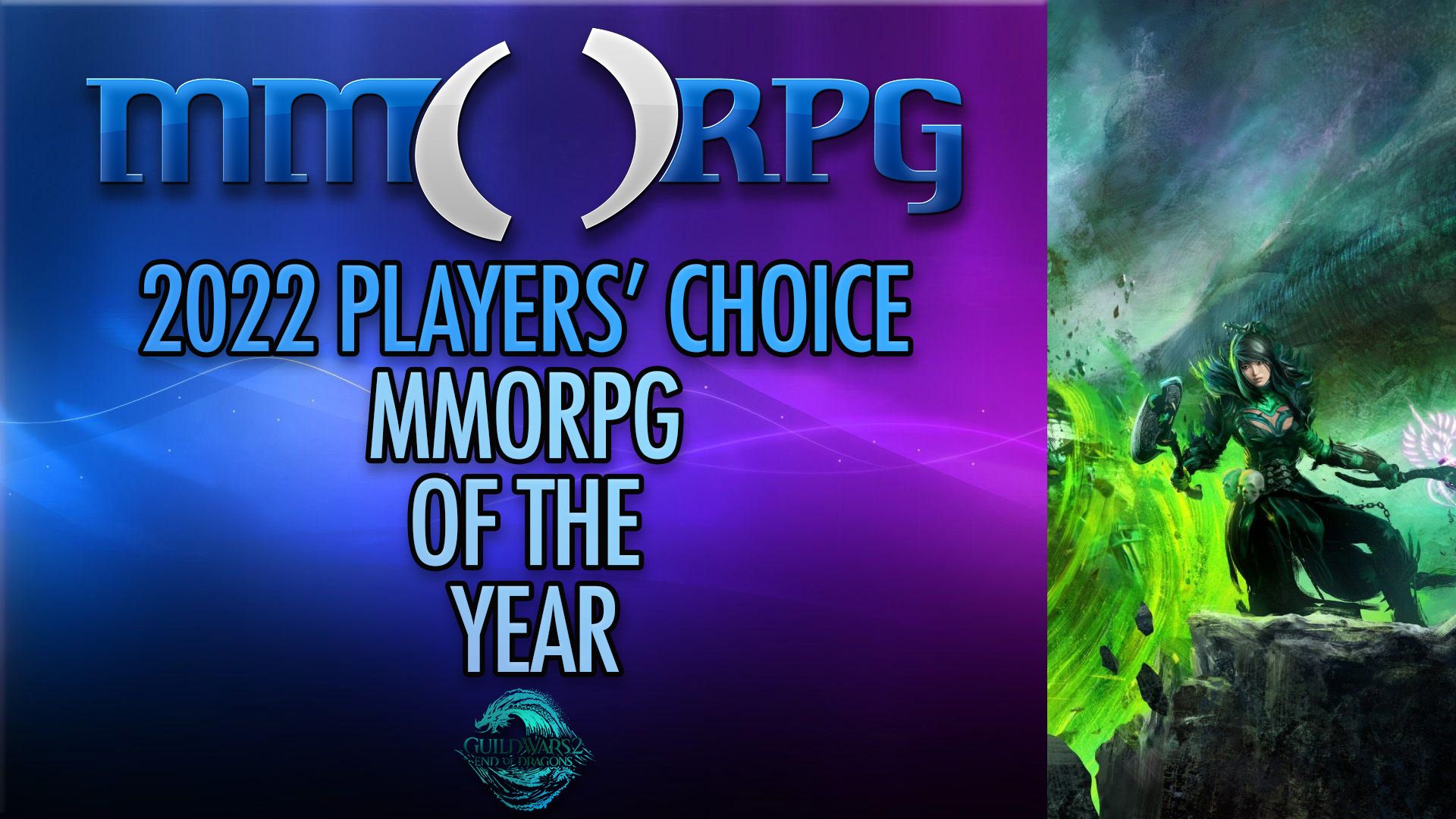 It has been a year for ArenaNet and Guild Wars 2. Celebrating 10 years in 2022, releasing its latest expansion in years to widespread praise, as well as hitting Steam, ArenaNet has a lot to celebrate. End of Dragons resonated with fans, bringing players back to Cantha for the first time in years for the franchise, as well as building upon the previous expansions, and meaningfully addressing player concerns this time around. And it doesn't look like ArenaNet is done, as it just announced that there is more End of Dragons content in the works, while the team is also hard at work on the next expansion already. In the words of our reviewer, End of Dragons is the "perfect capstone to the story [ArenaNet] have been telling for the last ten years, and this expansion makes me excited to see where they will go from here."