Ashraf Ismail, the Creative Director on the upcoming Assassin’s Creed Valhalla, has stepped down after accusations arose claiming an affair.

The Tweets appear deleted, but we have captures of them below. Ismail first wrote,

“I am stepping down from my beloved project to properly deal with the personal issues in my life. The lives of my family and my own are shattered. I am deeply sorry to everyone hurt in this.”

“There are hundreds of talented, passionate people striving to build an experience for you that do not deserve to be associated with this. I wish them all the best.” 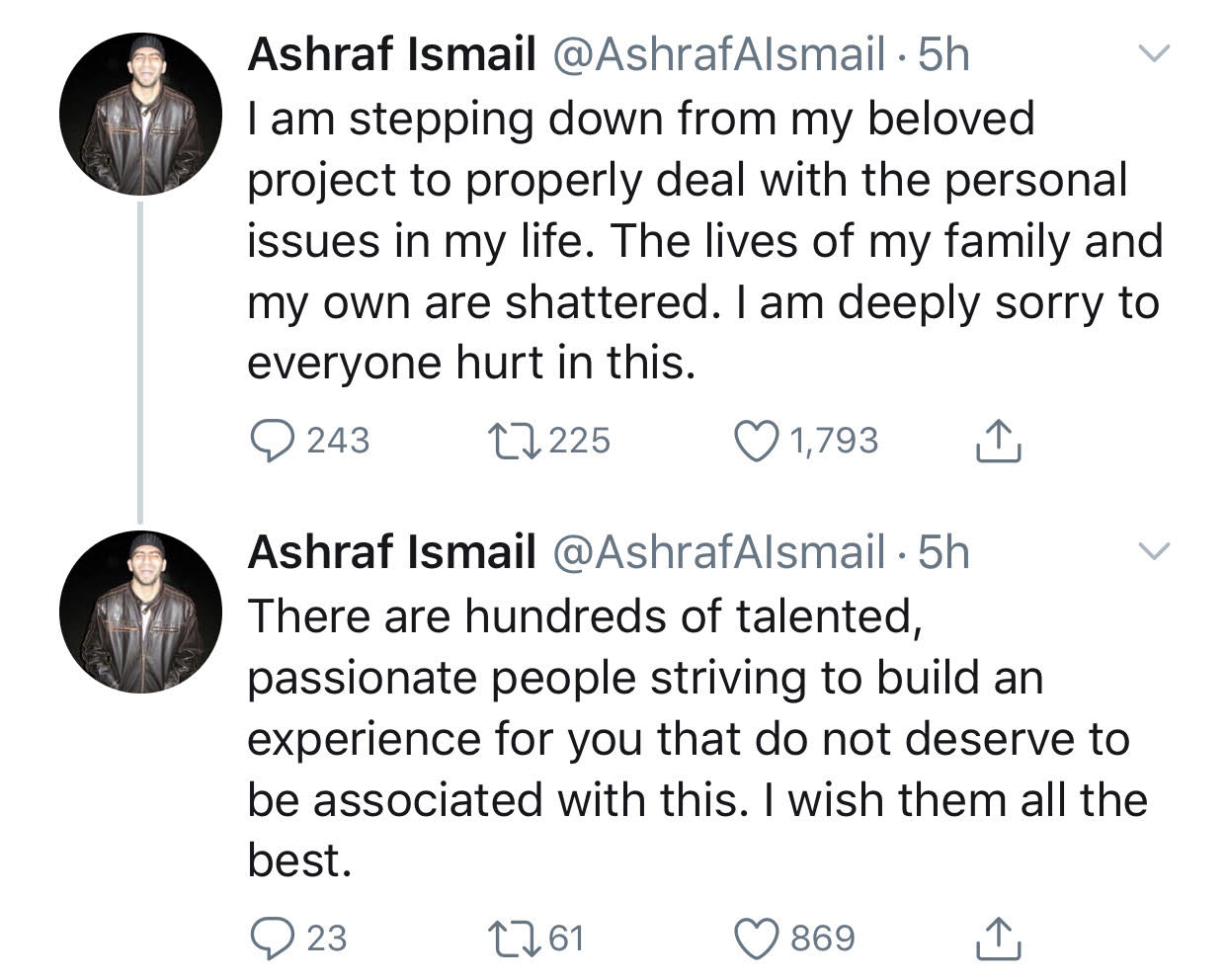 The allegations stem from a couple of Tweets from Twitch streamer Matroneda, as noted by PC Gamer. She attached images of alleged texts between her and Ismail, writing,

“This person is married. When he starts a relationship with you, know he's married. This is why he doesn't want to talk on the phone or facetime or have things sent to his home. His marriage has been confirmed by 3 people. I was with him for a year on and off before finding out.”

She continued to post additional tweets in which Ismail was allegedly begging her to take down her post, promising to explain everything going on with him. She noted that he denied his marriage whenever she asked,

“He denied it whenever I asked. The only way I found out was by asking one of his coworkers who didn't know about us at an event a year later. Ash denied it when I confronted him even then. 2 more confirmed it recently. I realized I couldn't be the only other woman at that point.”